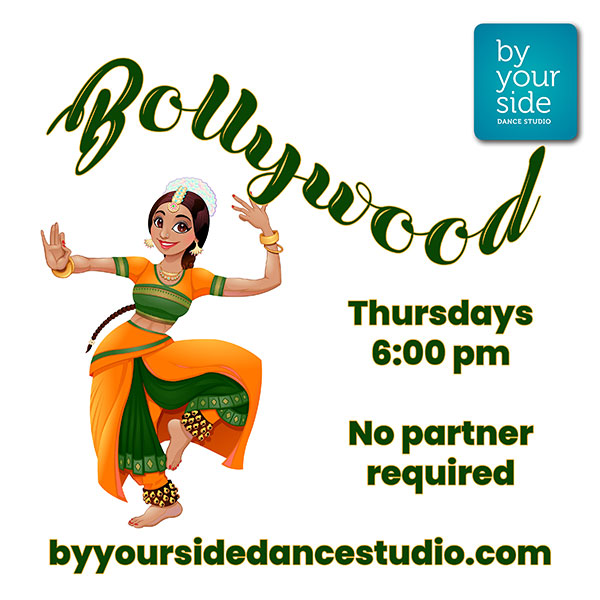 Burns some calories and improve your rhythm with a high-energy Bollywood dance class.

Bollywood (combining Bombay and Hollywood) is the Indian film industry, the largest film industry in the world in terms of the number of films produced and total tickets sold per year.

Unique to Bollywood films is that a portion of the story is often told in musical dance numbers. Bollywood dancing is the name given to the different dance styles performed in Bollywood films and it’s easy to learn.

The most energetic dances are Bhangra and Garba but Bollywood represents a fusion of many different Indian folk dances and even Western dance styles like Jazz and Hip-Hop.