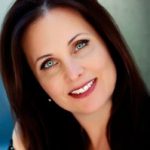 Deborah is the Founder of By Your Side Dance Studio and one of the most sought after dancers and choreographers in the United States. Due to her love for choreography, she also serves as the best Wedding Dance Instructor in Los Angeles. Deborah teaches American Rhythm, American Smooth, International Standard, Salsa, West Coast Swing, Lindy Hop and Tap Dancing.

Deborah is a member of the National Dance Council of America, USA Dance, Inc. as an Athlete: Professional, a coveted member of the International Dance Council – CID and listed on the International List of Who’s Who in Dancing. Deborah has appeared and choreographed in numerous television, films, music videos & stage productions. Her latest television appearance was on “The Bachelor” as a dance instructor. Deborah now dances professionally with Craig Morris and owns the By Your Side Dance Studio as well as By Your Side Productions performance dance company.

Sandor, originally from Buenos Aires Argentina, is a Tango Master for over three decades. He was a principal dancer in the Broadway/London hit show Forever Tango, nominated for the Tony Award “Best Choreography”. Parissa has coached several celebrities, including Antonio Banderas for the movie Take the Lead. Sandor & Parissa have been featured performing on ABC’s Dancing with the Stars, and they have choreographed many of the Argentine Tangos on the show. 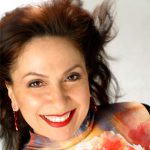 Laura Canellias, also known as the “First Lady of Salsa” is one of the foremost salsa dance instructors on the west coast as well as one of the pioneers of the L.A. Salsa style. Originally from Texas, her dance training began at a young age with ballet, jazz, and tap and later included ballroom dancing. Since moving to Los Angeles 24 years ago, her reputation and teaching skills in the world of salsa have placed her in high demand taking her around the globe teaching, coaching, judging, performing as well as choreographing for television, film, and stage. As a featured performer, she has danced her way into movies such as: The Mambo Kinds, Out To Sea and Dance With Me. Her performance with the great Tito Puente, was one of the highlights of her career was performing with The Spanish Harlem Orchestra at the 2003 Montreal Jazz Festival.

Shay Dixon is a very diverse professional dancer, instructor, and choreographer from Florida. He has become well known through-out the dance industry for his style, strong technique, and charisma on the dance floor. His love for music and dance has led to substantial success on and off the competition floor.

His 15 years of dance training spans from Latin, Ballroom, Hustle, Salsa and WC Swing to Ballet, Hip hop, Contemporary & Theater Arts. Over the past few years, under the leadership of Ralph Ramirez & Billy Farajo, Shay has captured six professional championship titles in Hustle & Salsa. He placed top 6 in the World Exhibition Cabaret at USDC, and won the World Hustle Championship title in 2009 at IHSC. In 2010, Shay was chosen by Maria Torres (acclaimed choreographer from SYTYCD & numerous Broadway shows) to be featured in her dance company. Since then, he has been a featured performer in numerous shows across the country. 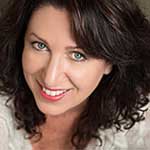 Originally from Kiev (Ukraine), Ilona is no stranger to music and dance. Growing up in the former Soviet Union she was exposed to dance and music from the age of four. A classically trained pianist, Ilona has a deep understanding and appreciation for music and rhythm. Prior to her immigration to the US in 1979, she was trained to accompany dancers with the world-renowned Ukrainian dance troupe, Virsky Ukranian Dance Ensemble. This is where Ilona developed her true passion and reverence for discipline, form, and creative expression, qualities that set all great dancers apart from the rest.

​Over the last 25 years Ilona has expanded her artistic expression once again, discovering Latin dances – Salsa, Mambo and Argentine Tango. Trained by Perry Rogovin, Sandor, Mariano Chicho Framboli and Juana Sepulveda , Geraldine Rojas and Ezequil Paludi, Fabian Salas and Lola Diaz among other acclaimed Tango instructors, Ilona has a strong foundation and deep respect and knowledge of the fundamentals upon which tango is structured. 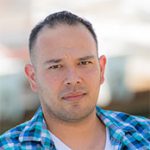 Guillermo was trained by Champions Felipe and Carolina Telona, Nadia Eftedal, Victor Kanevsky, Valentina Kostenko, Max Sinisa and Eulia Baranovsky. He was the 2005 Silver Salsa National Pro/Am Champion and 2009 American Smooth National Finalist and has been dancing a little over ten years. He specializes in Smooth, Standard, Latin and Rhythm dances. 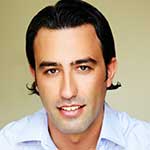 ​Batuhan Gurel is a Professional Latin-American Dancer / Instructor & Judge for over 21 years. He performed on “Strictly Ballroom” The Musical directed by Bazz Lhurmann in Sydney Opera House, Australia. He has taught as a professional dancer for more than 20 years in Europe, Australia and the US. He has trained many top competitive couples, dancers and Performance Teams. He also joins PRO/AM competitions with his students and has won countless National and International Pro/Am Competitions. Batuhan has a special, unique approach to teaching: “Dancing is not only expressed with your body, the mind has to let go and movements felt on a soul level, I need to break the limitations in your mind first to reach your maximum potential (that’s psychological), so your soul can enjoy while you are dancing, the whole point of dancing is to have fun in the end, this occurs over the course of the learning process”. Batuhan specializes in many dance styles, and is especially proficient in Latin American, Salsa, Bachata, Argentinian Tango, Ballroom, Swing, Kizomba, Zouk and Wedding Dance Lessons. 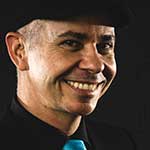 Get an Introductory Private Lesson!
New students only.

Amaze Everyone With The Perfect Wedding Dance!

Get an Introductory Wedding Dance Lesson!
New students only.